As a poet and artist, I like to test the boundaries of genre, discipline, and publication/exhibition, and as a result, I often find myself involved in collaborative projects with anthropologists, scientists, artists, and computer code warriors.

For example, I've worked extensively with Brian Goeltzenleuchter on projects such as the Art Courage Project, which will be published in paperback and eBook in February 2014 and was highlighted in this 2012 Podcast from Jack Straw Productions. We also worked together on The Institutional Wellness Project, part of which includes the project Smelling the City, described below. 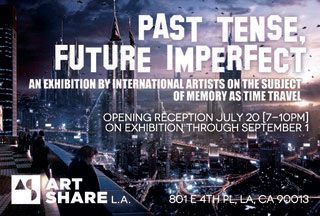 Smelling the City was an olfactory artwork that was included in the international group exhibition Past Tense Future Imperfect, curated by KJ Baysa at ArtShare LA, from July 20th-September 1st, 2014.

Smelling the City was first featured throughout the 2011 Summer Salon Series produced by the San Diego Museum of Art in conjunction with the traveling exhibition Gustav Stickley and the American Arts & Crafts Movement. Smelling the City juxtaposed two poems printed on a fragrance blotter sprayed with artist-made scents. Upon request, Summer Salon patrons received a blotter which was lightly scented and highly transportable. The blotters become points of personal reflection and conversation pieces about the cyclical nature of domestic trends. 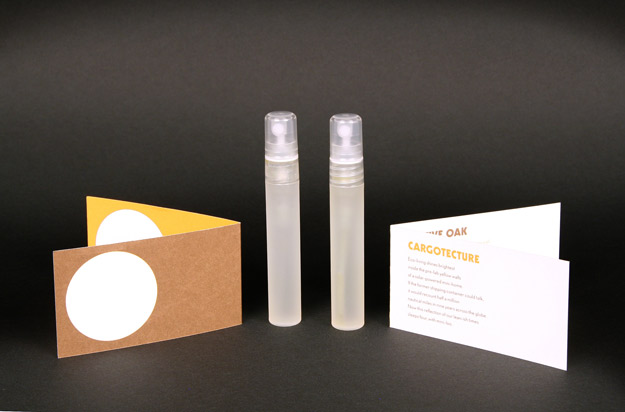 The project was inspired by SDMA's charge to Whitcomb and Goeltzenleuchter to address the active question "What does a city need?" through the lens of Gustav Stickley's work, which is displayed in the museum's galleries. The artists decided to juxtapose Stickley's utopian vision against the small house movement in current lifestyle architecture and design. Where Stickley's designs for living evolved partially in reaction to Victorian exoticism and clutter, today's small house movement is also borne in reaction to affluent displays of prosperity (suburban McMansions, three-car garages). Both Stickley's methods and the contemporary zeitgeist contain strong elements of DIY and low-impact, "green" materials and construction.

Whitcomb and Goeltzenleuchter were very interested in the particular ways in which Stickley’s utopian ideas were organized, disseminated, and received. The project evolved with mindfulness of this commercial distillation. Whitcomb's poem, "Native Oak" describes a Stickley interior with emphasis on the clean, open design elements and native materials. In contrast, Whitcomb's poem, "Cargotecture," focuses on the new trend in prefab architecture which recycles shipping containers. "Cargotecture" is a commercially-voiced poem placing the reader inside the 2011 Sunset Magazine Idea House, a backyard modular home created from a bright-yellow 192-square-foot converted shipping container. Both "visions" are grounded in a dream of harmonious domestic life. 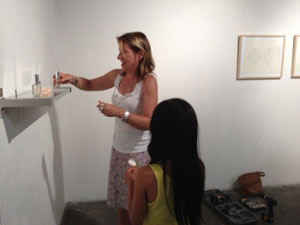 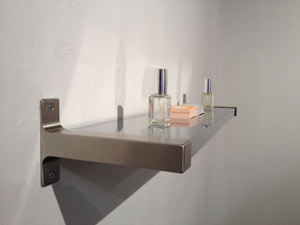 Goeltzenleuchter’s olfactory component interacts with the poems as an avenue of discourse between Stickley’s era and today’s. The finished project is a fragrance blotter printed with both poems to be sprayed with two scents: one, the olfactory equivalent of the poem, “Native Oak,” and the other, an olfactory equivalent of the poem, "Cargotecture." The blotter is designed so that each scent can be smelled separately in relation to the corresponding poem or folded and smelled together as a meditation on the fleeting nature of what is considered “necessary” for our dwelling places.